How can you make a more secure cloud? How can you leverage data to guide real-world business decisions and process improvements? There are more tools than ever designed to make our world, and our work, more efficient. But identifying the right tool for the job can be the difference between eliminating challenges and simply adding more steps to an already complex process. In the end, the growth and development of the Industrial Internet of Things relies on the effective collection, organization and implementation of data. 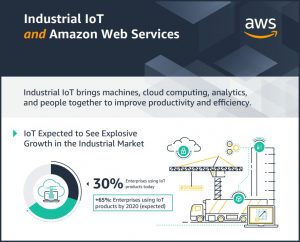 This infographic from Amazon Web Services outlines the variety of ways one particular tool, AWS, can help make the Industrial IoT a more concrete reality by leveraging data in the cloud to guide real-world business decisions and process improvements. Thereby creating a more actionable cloud.

We spent a week in Las Vegas for AWS re:Invent, which gives users, vendors and integrators the chance to hear about, and spend some hands-on time with, the latest innovations from Amazon Web Services. This year, we worked with a number of groups at AWS on some of the exciting new features and capabilities that have been added to the platform. You can take advantage of these features using our AWS IoT Greengrass compatible hardware. Here’s a quick recap of what we did and saw at re:Invent 2018, and a rundown of some of the AWS capabilities that are helping to turn data into decisions. 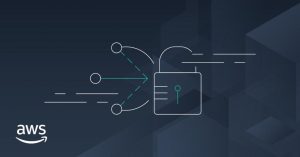 It is not surprising that IoT security is a theme at every technology event, conference or symposium taking place today. Ensuring that connected devices are capable of securing the data they’re constantly transmitting continues to be a focus for both users and developers, so we were excited to co-present during one of  the AWS re:Invent sessions which detailed a number of new AWS IoT Greengrass features, including AWS IoT Greengrass Hardware Security Integration (HSI) for a more secure cloud.

Here’s a video of the AWS IoT HSI session, featuring the AWS team, along with OnLogic Sales Engineer James Floyd, providing details about how this new feature works, how to set it up and how it can help prevent network intrusion and attacks. 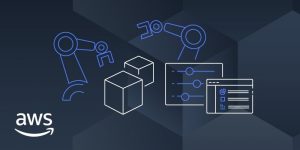 The AWS IoT SiteWise team used OnLogic hardware, specifically the ML500 Series of Industrial Gateways, as the testing platform for the on-premises gateway device that collects data from OPC-UA servers and forwards it to AWS for further processing. The data can be used to build visual representations of production lines and processes. It can also be used in conjunction with AWS IoT Analytics to forecast performance or production trends. This is an incredibly useful feature for AWS users who are managing large facilities that generate a huge range of disparate data across multiple locations. 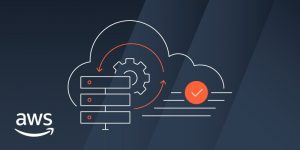 One key aspect of effective AWS integration is ensuring that all devices attempting to connect to the AWS cloud can communicate effectively. The new AWS IoT Device Tester is a test automation tool that determines if a given device running Amazon FreeRTOS or AWS IoT Greengrass can be authenticated by, and effectively communicate with, AWS IoT services. Devices that pass the tests can be listed in the new AWS Partner Device Catalog, where you’ll find a number of available OnLogic platforms, with many more to be listed soon.

The AWS IoT Device Tester allows OEMs to quickly establish the functionality of their AWS hardware solutions. It verifies the particular combination of a given Linux device’s CPU architecture, Linux kernel configuration and onboard drivers. This enables them to provide customers with a verified device that can be listed in the AWS Partner Device Catalog. OnLogic used the AWS IoT Device Tester to verify that the ML100G-50 works with AWS IoT services. A full breakdown of the new AWS IoT Device Tester, including a demo of verification using the ML100, can be found in this AWS blog post.

These new features, along with the incredible array of additional functionality unveiled at AWS re:Invent, will allow AWS users unprecedented capabilities for managing their cloud-connected infrastructure and creating efficiencies within their business. For more information about AWS IoT Greengrass, visit the AWS website or browse our full line of AWS compatible hardware.