Raspberry Pi began its history a long way away from the world of business and industry. The first production Raspberry Pi was sold in 2012 for $30. It provided makers of all ages with a low-cost platform to learn the basics of coding. The initial intention was not to make money or increase market-share, but instead to democratize access to hardware and coding knowledge. An industrial Raspberry Pi wasn’t on anyone’s radar at the time.

The low cost, small size, and flexibility of this system on a chip meant the Raspberry Pi provided access to technology for segments of the population that couldn’t afford a full desktop. In addition, it inspired countless makers in garages, basements, and classrooms across the world.

The Raspberry Pi community provides a resource to share ideas and help others develop their projects. Popular projects include RetroPie, an emulation software to play retro video games on a Raspberry Pi. Another popular project is the “Magic Mirror”. This embeds a Raspberry Pi into a mirror to display valuable content about the day ahead, such as the weather forecast and email. 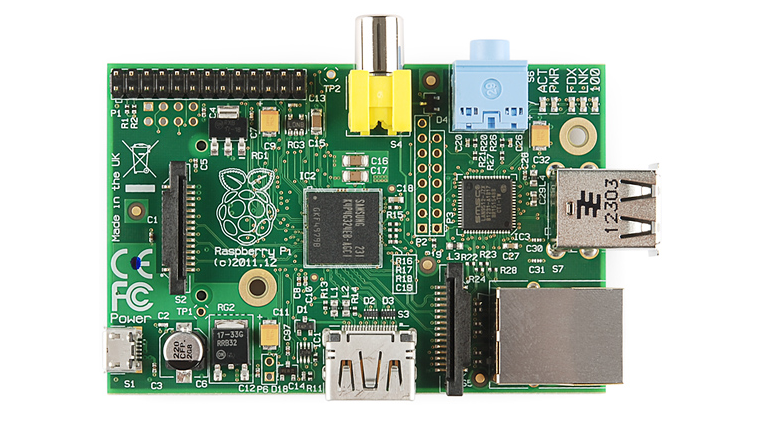 Though these home projects made big splashes on social media, there remained a perception that the Raspberry Pi was a recreational computing device rather than a tool for industrial applications. That perception still remains for many, though Industrial Raspberry Pi applications are continuing to gain exposure and popularity.

The early concept of an industrial Raspberry Pi evolved from the makers who were utilizing the system on a chip for hobbyist projects. Experiencing the ease and speed with which they could prototype and launch systems control and IoT projects, it only made sense to expand the use cases for the platform.

Today, approximately 50% of Raspberry Pi end users are utilizing them for commercial and industrial applications.

“We are ready to take the wraps off something special, this time aimed at business and industrial users.”

The first release contained the “guts” of the Raspberry Pi integrated onto a small board. This board was designed to fit into a standard DDR2 SODIMM connector. It had a striking resemblance to a stick of RAM. The Compute Module was intended to be integrated into PCBs (Printed Circuit Boards), also commonly referred to as carrier boards.

Using our thermal design expertise, the OnLogic team designed an enclosure and thermal solution to optimize the Raspberry Pi for almost any environment.  The aluminum side panels provide structural rigidity while dissipating heat from internal components.

Inside the DIN-ready chassis, a custom designed carrier board will provide I/O built for industry, including 2 GbE LAN ports and a RS-232/422/485 Terminal Block. The systems offer up to 2TB of dependable industrial SSD storage. This provides high capacity and fast transfer of data for industrial applications. They can also be configured with up to 32GB of onboard eMMC.

We’ve created two industrial Raspberry Pi computers – the Factor 201 and the Factor 202. Both leverage our industrial grade custom carrier board and efficient passive cooling technology. Both offer impressive processing, memory, I/O and storage. The larger Factor 201 offers additional onboard digital and analog I/O (DIO & AiO), as well as a 2.4” capacitive touchscreen for complete control over your application.

To be among the first to hear about what’s next for the Factor 200 Series, visit our “One Tough Pi” page and sign up for more info.

About the Author: Patrick Metzger

Patrick is the Partnership Marketer at OnLogic. His love for technology started with building computers from components with his father as a child and continues to this day. With a professional background in IT, Marketing, Media Production and SaaS, communication is the passion that brings it all together. Patrick currently lives in Richmond, VT, taking advantage of all the outdoor adventures Vermont has to offer.
Follow OnLogic on LinkedIn