Ingress Protection (IP) ratings are a series of standards used to identify the effectiveness of a particular enclosure in sealing out both solids and liquids. The first digit in an IP rating indicates the level of protection against solid objects, including everything from the fingers of operators to small particles of dust or other airborne contaminants. The second number represents the resistance of the enclosure to liquids.

In the case of IP65 rated enclosures, 6 is the highest rating against solid object ingress, certifying that the product is dust tight. The 5 liquid rating ensures protection from light water jets and sprayed or splashed liquids from any angle. For reference, the IP rating for liquids extends up to 9, certifying components within an enclosure are protected from liquids even in immersion beyond 1m.

Where are IP65 Computers Used?

As computer hardware has continued to move out of the climate controlled office spaces of the past, more and more applications require systems that can stand up to the rigors of industrial applications. As an example, IP65 rated Panel PCs are frequently employed in food manufacturing plants so that they can be sprayed clean and prevent ingredients from making their way into the system and causing damage to components.

Are all IP65 Computers the Same?

There are important distinctions to be aware of when it comes to IP ratings. In some instances only part of a system may be rated against ingress. Many panel PCs, for instance, carry an IP rating on the front bezel only, ensuring that they are dustproof and liquid resistant once installed, which is often sufficient for manufacturing applications. Fully IP rated systems on the other hand can be exposed to the elements from any angle. 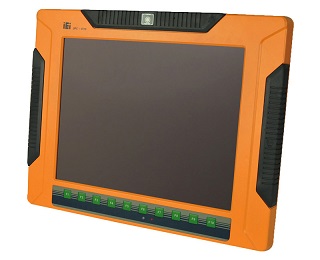