UEFI for Windows 11: What You Need to Know

Microsoft has decided to leverage the advances of UEFI in Windows 11 in order to offer enhanced security for users. This means that Windows 11 MUST run with UEFI and is not compatible with BIOS or Legacy Compatibility Mode. When checking to see if your PC is Windows 11 capable, you must also enable Secure Boot, which is a UEFI-only feature.

TPM 2.0 support is also a requirement for Windows 11. Most modern processors will have a built-in secure element that supports the TPM 2.0 specification (for Intel this is called “PTT” and on AMD this is called “fTPM”). These features may also need to be enabled in the UEFI menu before the system can boot Windows 11. 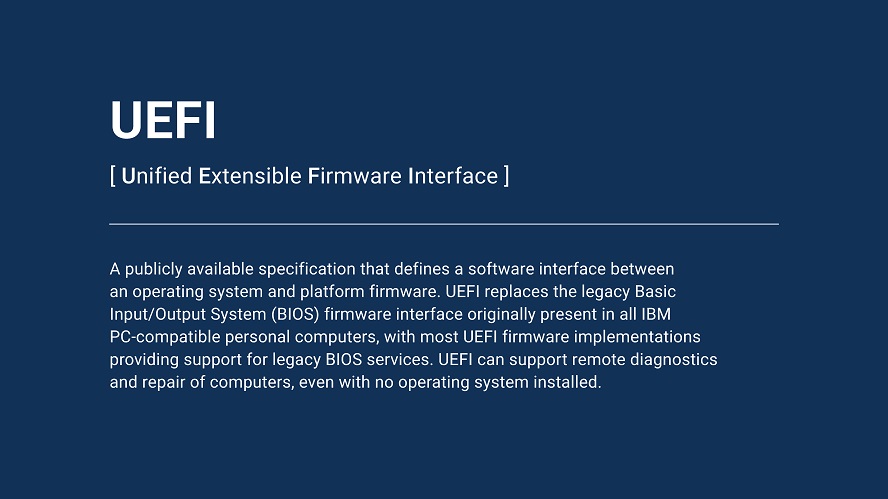 How to check if you’re using UEFI

You can check your Windows install mode before enabling Secure Boot by searching for the System Information app in the search bar and checking your BIOS Mode setting. If your system reports that it is in UEFI mode then you are good to go. However, if it doesn’t report being in UEFI mode, then you are in a mode not supported by Windows 11.

If you switch over to UEFI at this point, your operating system likely won’t boot due to the hard drive using an MBR partition table, which is unsupported by Windows when booting in UEFI-only mode. It’s always a good idea to document your BIOS or UEFI settings before changing them in case you need to revert those settings later.

If you didn’t document your settings changes and your computer no longer boots, don’t panic; you can still reset your system back to Legacy mode. If you’re using an OnLogic computer, you can refer to our support site to find the appropriate motherboard manual for your system and follow the instructions there.

Microsoft also supplies a PC health check app that can be used to see if the system is Windows 11 ready.

The difference between BIOS and UEFI

The terms BIOS and UEFI are often used interchangeably, but in reality they’re two different generations of firmware-based computer instructions. BIOS, which stands for Basic Input Output System, is the older of the two instruction sets. In 2007 BIOS was largely replaced with UEFI, which stands for Unified Extensible Firmware Interface. UEFI offers a few major advantages over BIOS including enhanced security features, but many UEFI motherboards still offer BIOS support while in Legacy mode. This is referred to as “UEFI with CSM” (Compatibility Support Module). You may first need to disable CSM in order to support Secure Boot features. 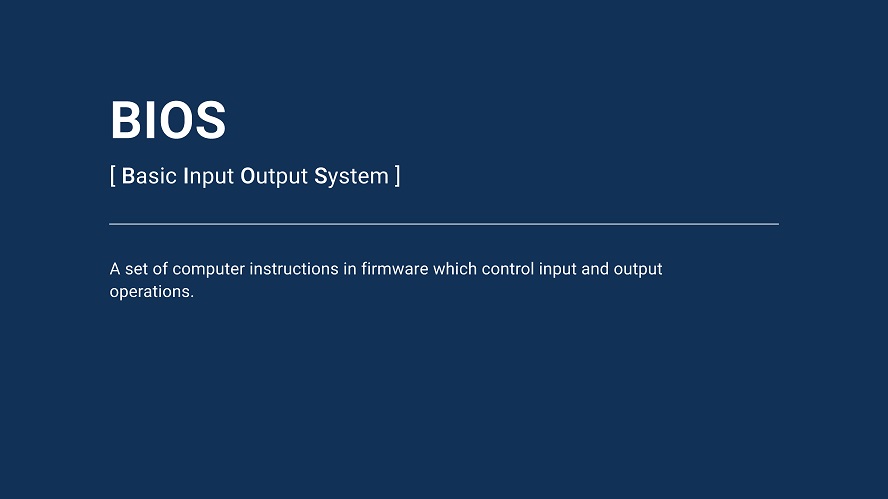 In our Tech Edge video below, we break down the difference between BIOS and UEFI.

The key takeaway about UEFI for Windows 11

The big takeaway here is that your system will need to be set to UEFI to install Windows 11. If you’ve been using Legacy mode in Windows 10, you’ll need to switch to UEFI and then do a fresh install before trying to upgrade to Windows 11.

If you have any questions about UEFI for Windows 11, contact our team for help today.