How Does Fanless Cooling Work?

We just launched a brand new video series on our YouTube channel, and we’re kicking things off with the most common question we get: how does fanless cooling work?

Our Tech Edge series will focus on commonly asked questions, product innovations and how-tos with the goal of giving you an inside look at what our team does every day – solve complex technology challenges. Hopefully the show helps inspire your next innovation, and if there’s something you’d like us to cover, be sure to let us know in the comments or email us at info@onlogic.com.

Check out the first episode of Tech Edge by OnLogic or read the transcript below.

If I told you to picture a computer and quickly describe it, what would you say?

A big boxy thing with a bunch of cords running out? Okay, maybe you’d go a bit further and talk about the collection of circuit boards and cables inside that box, and the fans whooshing air around to keep things cool?

Alright, so check this out – this is one of our latest fanless PC’s, and it may look a bit different than what you pictured, but it’s actually really the same thing. Chances are if you know how a typical ‘fanned’ computer stays cool, you actually have a pretty good idea of how this fanless pc stays cool too.

How do you cool a computer?

So let’s stay on that comparison. If you didn’t know, in a typical fanned PC there’s a large heatsink – or maybe multiple heatsinks – strapped onto the hot components. Usually that’s at least the processing units – CPU and GPU – but could include other components like memory or storage as well. Modern computers generate a lot of heat.

Those heatsinks pull heat away from the components to keep them cool – components are literally sinking heat into them. They’re usually bolted or adhered tightly to the hot components with some kind of special material in between – a paste or very thin pad, or something like that – to improve the heat transfer.

The surfaces of the component and heatsink have tiny imperfections and the material between helps fill those to create a more complete and functional thermal connection when under that high compression. 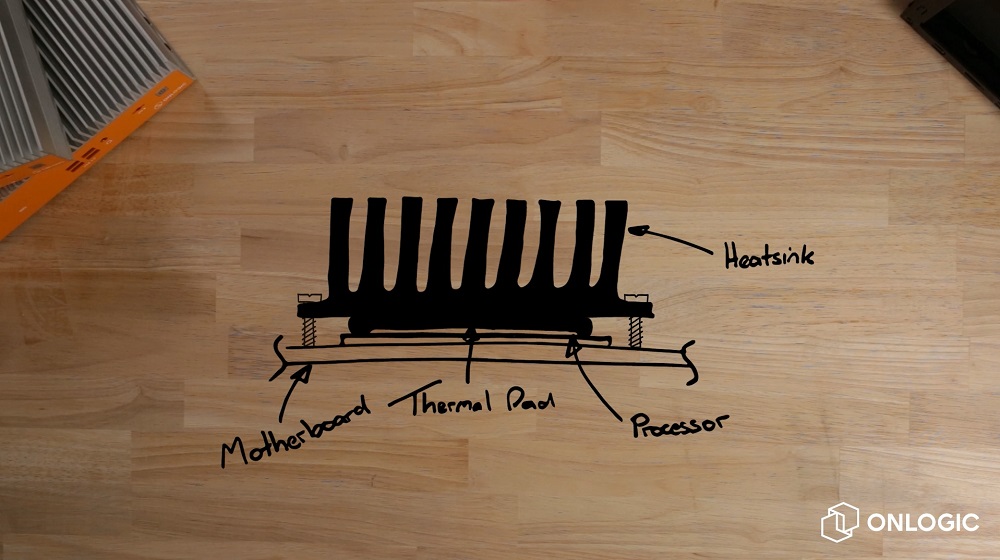 There we go! We just described how a fanless PC works.. Well…Sort of.

How does fanless cooling work?

The outside of this chassis is the heatsink, well the multiple heatsinks I just described. All the parts you’d find in that big boxy computer are also in this computer, though they’re usually tougher, more heat-resistant versions. Because everything is enclosed, without vents and fans moving air through, it’s warmer in this computer than a fanned PC and more things need to be thermally coupled or attached to the heatsink – so there’s a bit more complexity to the design.

There’s a whole little ‘mountain range’ of surfaces machined into the inside that matches up with the various parts of the system that need cooling. Our fanless computers don’t have vents because the air in industrial environments often carries contaminants that can damage the sensitive circuits in a computer.

We also make sure the surfaces on the inside of the metal case that aren’t used for conduction cooling – you know, the direct contact cooling – we make sure those other surfaces have some texture, which allows for some radiative cooling of the components that aren’t attached directly to the heatsink surfaces. Things generating heat emit lots of thermal radiation which can be absorbed by the inside surfaces if we’re intentional in our design, thus aiding in cooling the system.

What happens to the heat?

Of course, there’s also no fans anywhere in sight so you might be wondering about what happens to all the heat after it’s absorbed by the chassis/heatsink. Usually with a heatsink you would rely on forced convection to transfer the heat to air being forced across the heatsink surfaces by a fan. Well, the fin design on the outside of this unit has been specifically tailored to take advantage of what’s called ‘natural convection’. Because this unit might go somewhere, well, kind of rough, we actually can’t count on there being any moving air to carry heat away from the fins. So, the fins literally create their own airflow.

Hot air rises, so as the heatsink heats up it will create a flow of air upwards past the fin surfaces, removing heat. That’s why we advise people to install these vertically – larger area for air movement and heating of the air to happen and thus increased airflow – you get a nice ‘circular’ air flow pattern going and that’s what drives cooling of the outside surfaces and the removal of heat from the computer. 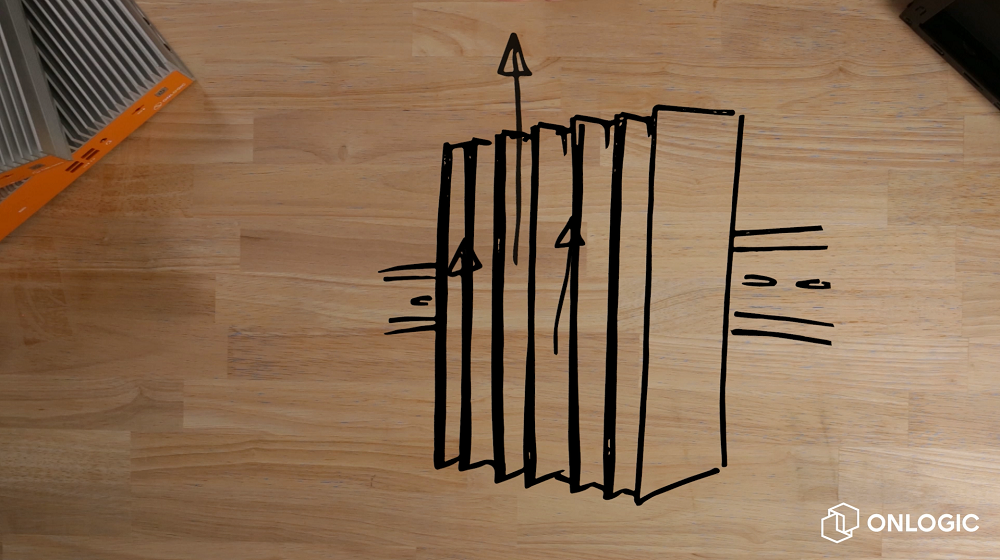 There’s a lot of optimization to all the things I described to make this thing really kick butt, but the basic concepts certainly aren’t magic. So, there you go! It turns out you probably knew a lot more about this than you thought!

You can check out our line of fanless computers on our website. If there’s something you’d like to know more about, or think we should cover here on Tech Edge, leave a comment below or drop us an email at info@onlogic.com.. And be sure to like and subscribe to our YouTube channel for more technology news and updates from the team here at OnLogic.