When you hear the word drone, what do you think of? Sometimes called an unmanned aircraft system (UAS) or unmanned aerial vehicle (UAV), drones are simply aircraft without any humans on board. Drones were originally developed for military missions because they are hard to detect, nimble, easy to use, and safe for the drone operator. It is for those same reasons that security and safety professionals have made a drone monitoring system a high priority.

How are drones used today?

As drones have become more advanced, easier to control, and less expensive, their use has expanded. Drones are used for smart city applications including security, surveillance operations, and infrastructure inspection. For example, in the oil and gas industry, drones are  used to remotely monitor infrastructure and inspect unmanned product platforms.

The entertainment industry uses drones for drone racing and light shows – did you catch the amazing drone light show at the Tokyo Olympics?  Photographers and real estate professionals appreciate the ease and unique perspective a drone can give to aerial photography. Some businesses are even exploring the use of drones for product and food delivery.

In this growing industry, we’ve worked with several commercial drone solution providers. Check out our customer story about Desert Rotor and their next gen UAV control system.

In addition to these positive applications, the ability for a drone to easily bypass ground security means they can also be used for more sinister activities. This includes weaponry, espionage, and smuggling.

How can an airspace be monitored and secured?

With all those drones in the sky, it is hard to tell legitimate users from those with malicious intent. But even hobbyist users are a threat to aircraft. A drone flying close to a runway poses a danger to airplanes during take off and landing which is why the FAA has guidelines and regulations.

Security teams need a way to detect drones in the air and be aware of what is flying in their airspace. You might think that a standard radar system would be a good solution – after all, they are used to track aircraft all the time.

How does radar work?

Radar is based on the use of radio waves. The radio waves are sent out in short pulses which are reflected by objects in their path. From this information, a radar system can tell how big an object is and how fast it’s moving.

Traditional radar technology is very good at picking up large objects flying in a predictable pattern like an airplane. But it can struggle to detect drones for several reasons:

What kind of drone detection radar system can keep an airspace secure?

Robin Radar, based in the Netherlands recognized the limitations of a traditional radar solution for drone detection and created the IRIS® 3D Drone Detection Radar. This solution is different for many reasons. One is because it uses micro doppler radar. This advanced technology can differentiate a drone from a bird because the micro-doppler signature of a propeller blade rotation is different from a wingbeat. Using machine learning and smart software running on OnLogic’s powerful and reliable K700-X2 rugged computer, the IRIS 3D Drone Detection Radar solution can give an early warning of potential threats. 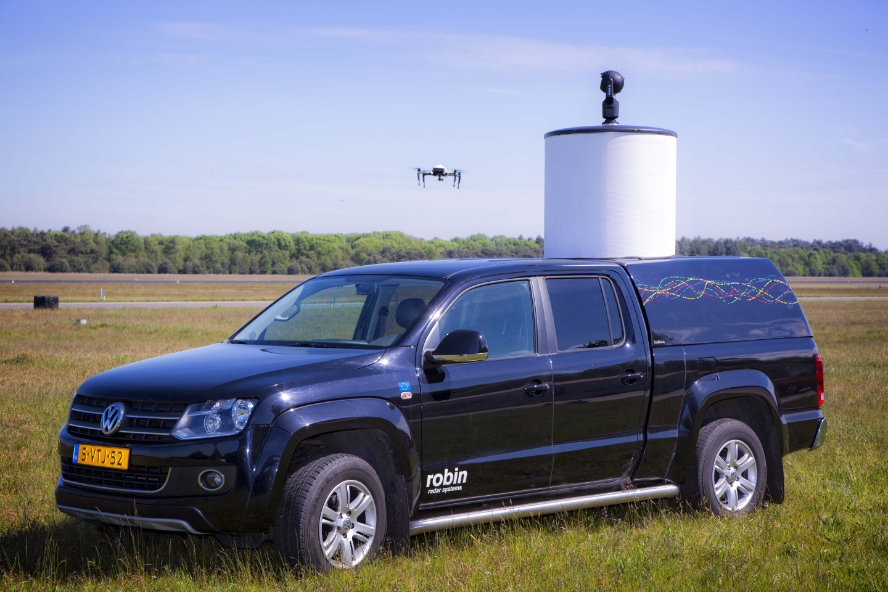 The solution delivers the following benefits:

Why the K700-X2 Rugged Edge Computer?

As its solution platform, Robin Radar selected the K700-X2 because they needed a computer with the ability to withstand a tough environment. This includes exposure to vibrations, dust, and temperature variability. In addition, the system needs to offer powerful processing for deep learning. The Karbon 700 is available with Xeon processing and ECC memory for rugged server capability at the edge and enables the real-time machine learning, object detection, and behavior recognition all necessary for the IRIS solution. 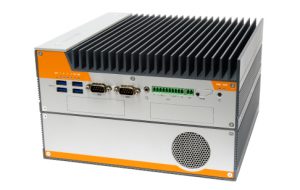 Sarah Lavoie is a content creator for OnLogic. When not writing, she can usually be found exploring the Vermont landscape with her camera looking to photograph something amazing.
Follow OnLogic on LinkedIn