Home>Posts>Tech Explained>DisplayPort vs. HDMI – Which Connector is Best for Embedded and Industrial Devices?

DisplayPort vs. HDMI – Which Connector is Best for Embedded and Industrial Devices?

Looking to connect a monitor to your computer and unsure whether you should use the DisplayPort or HDMI connector? They are both high definition media ports which can carry HD video and audio. The standards for the ports were established in the early 2000s and they are sometimes referenced interchangeably. However, there are key differences worth knowing between DisplayPort vs. HDMI. Once you understand the differences, you’ll be better equipped to decide which one is best suited for your application.

High Definition Multimedia Interface, or HDMI, is a proprietary audio/video interface created by a group of technology companies and currently managed by the HDMI Forum. HDMI is most common on TVs or displays and is the most frequently used interface for transferring both high definition audio and video over a single cable.

Fun fact – 10 companies were given a Technology and Engineering Emmy Award for their development of HDMI by the National Academy of Television Arts and Sciences. They were awarded for the Consumer Electronics Control (CEC) feature that allows control of up to 15 CEC-enabled devices (connected through HDMI) through a single remote control. Remember how excited you were when you learned you could control your television and DVD player with a single remote control? You can thank the HDMI engineers for that!

DisplayPort is a digital display interface used to connect a video source to a display device – most frequently used on computer monitors. It was developed by a consortium of PC and chip manufacturers and standardized by the Video Electronics Standards Association (VESA). If VESA sounds familiar, it’s the same organization that created the VESA Mounting standard for mounting TVs, monitors and panel PCs. DisplayPort can be used to transmit audio and video simultaneously, although each can be transmitted without the other if desired.

Features such as maximum resolution and refresh rate depend on the specific version of DisplayPort or HDMI used. VESA announced version 2.1 of the DisplayPort standard on October 17, 2022. It will be a few months until you see monitors and cables that can support this standard. The most recent version of HDMI is also 2.1 and it was released in January 2017.

The connectors for both DisplayPort and HDMI look similar. HDMI uses a 19-pin cable while DisplayPort has 20 pins. They both come in full size and mini HDMI and mini DisplayPort versions. While the mini connectors are less common, they do allow for the inclusion of full HD video connectivity in compact systems where motherboard real estate would prohibit the use of a full-size port. 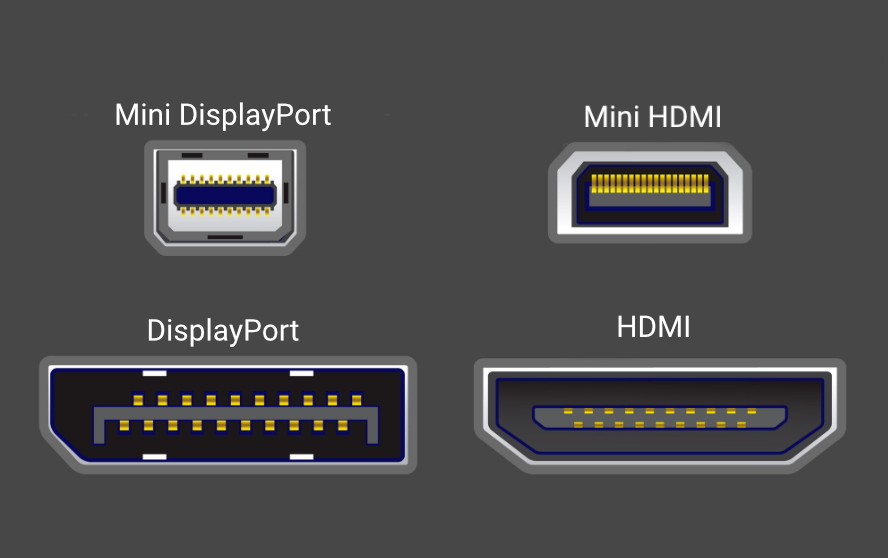 What is multi-stream transport (MST)?

Multi-stream transport, or MST, is a feature of DisplayPort. It allows you to connect multiple displays to a single DisplayPort connector. You can do this through the use of daisy-chaining one monitor to another, or through an external hub. Remember that the maximum supported video resolution and number of monitors will depend on your graphics card. 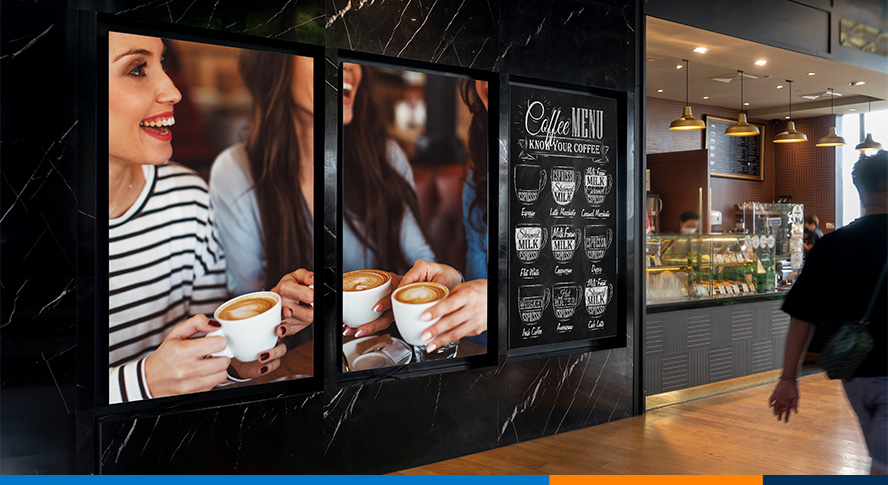 Which is better for embedded and industrial use cases?

There are 3 features of DisplayPort that make it the better choice for embedded and industrial use cases.

At the end of the day, either HDMI or DisplayPort offer a viable option for HD video and audio connections. For industrial and embedded computer systems, DisplayPort offers some additional nuance that gives it the edge.

Do you have additional questions about the best connector for your solution? Contact our technical sales team today!

Sarah Lavoie is a content creator for OnLogic. When not writing, she can usually be found exploring the Vermont landscape with her camera looking to photograph something amazing.
Follow OnLogic on LinkedIn
<div class="fusion-layout-column fusion_builder_column fusion-builder-column-11 fusion_builder_column_1_4 1_4 fusion-flex-column sidebarcta" style="--awb-bg-size:cover;--awb-width-large:25%;--awb-spacing-right-large:7.68%;--awb-spacing-left-large:7.68%;--awb-width-medium:100%;--awb-order-medium:0;--awb-spaci